The Romans called the Mediterranean “Mare Nostrum” (“Our Sea”). And it’s no wonder why. At its height, the Roman Empire encircled it.

This vast waterway enabled trade, the interaction of diverse cultures, and the exchange of ideas for millennia. It’s not an exaggeration to say that Western Civilization as we know it today would look a lot different without the Mediterranean as a facilitator.

Today, the Med touches 21 countries in Europe, Asia, and Africa. It’s still features in major trade routes, and fisherman harvest its bounty as they always have.

But it’s also known for fun in the sun. People from all over the world are drawn to its warm waters and golden-sand beaches for vacations, winter escapes, water sports, seafood dinners, and its laidback vibe.

What better place to seek all that than a sun-kissed Mediterranean island?

There are hundreds of habitable isles to choose from…there is no shortage of appealing homes in any of them…and you don’t have to break the bank to have a sea-view or be a quick walk from the beach.

Below my researchers share properties they found in destinations on the better-known western Mediterranean, as well as the under-the-radar east. 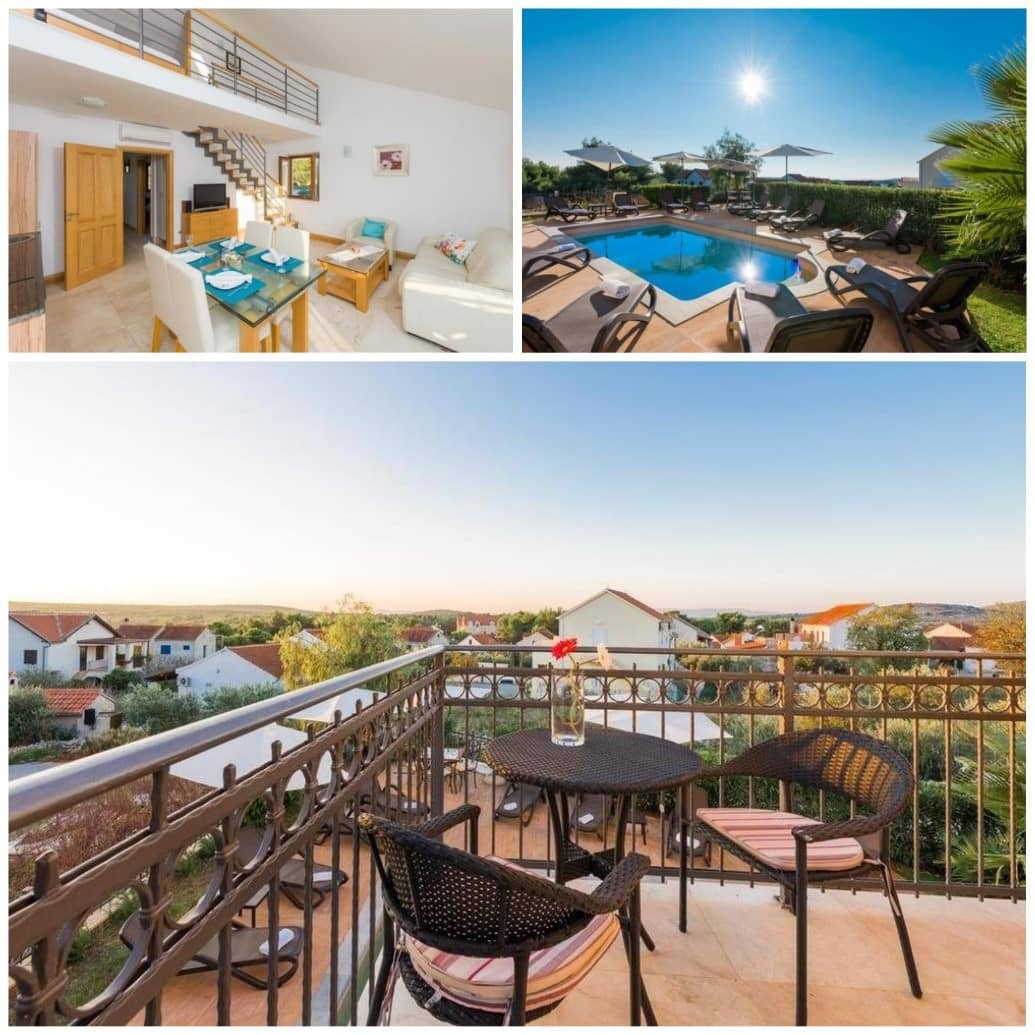 Dotted with more than 1,000 islands, UNESCO World Heritage medieval cities like Dubrovnik, and cliff-studded shorelines, amidst the clear blue water of the Adriatic…Croatia’s coastline is a favorite of those in the know.

Sailing up and down the coast just offshore, you can stop in islands large and small just offshore for provisions of locally cultivated wine and olive oil and buy seafood from fisherman who’ve been navigating these waters for generations. Go ashore and hike to villages seemingly untouched by the modern world.

One of the best stops on the Dalmatian Coast is Brac Island. At 153 square miles, it’s the largest in Dalmatia but is sparsely populated. Access is easy, you can take the ferry from the mainland if you don’t have a boat. Once there, you can explore quaint inland farming villages, stroll by the water in seaside hamlets, hit the beach, or hike up to scenic overlooks.

This one-bedroom apartment on the northern side of the island, which comes fully furnished, is just 1,000 feet from the water…and there is a sea view. The community has a shared pool. 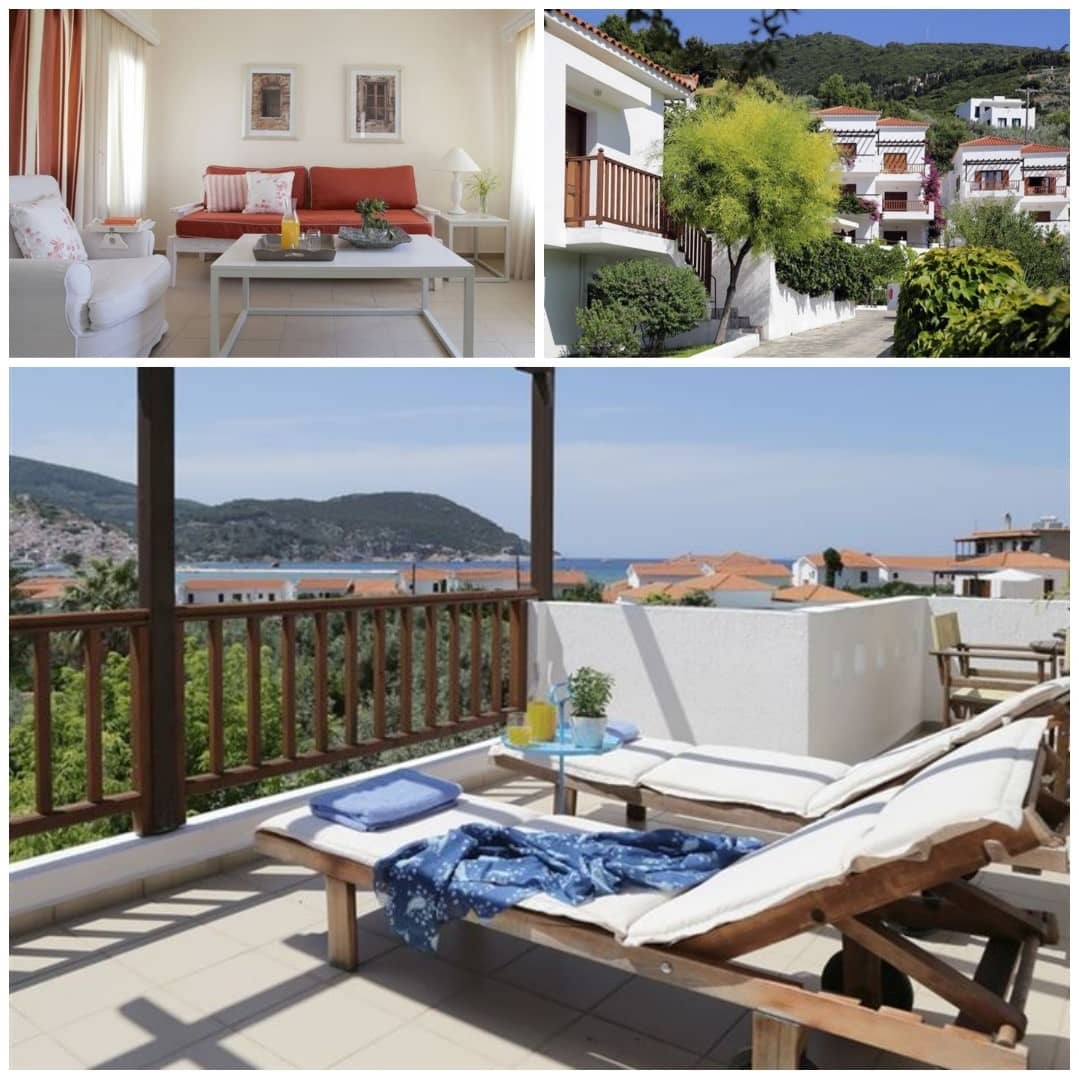 With 6,000 islands—227 inhabited—spread across the Ionian and Aegean seas (both offshoots of the Mediterranean)…there are countless places to get away from it all in the Greek isles.

Little Skopelos is one of those. And although it has garnered some attention in recent years as the location for the exterior shots and Abba-infused dance numbers for the film Mamma Mia!, it didn’t let fame go to its head. It remains a calm and peaceful outpost in the western Aegean long-known for beautiful beaches and white-washed villages, as well as locally produced wine, honey, and feta cheese.

In recent years, it has gained favor among tourists and as a retirement destination, especially for northern Europeans.

This two-bedroom villa is located on the grounds of a resort, close to the beach and the main town of the island, also called Skopelos. You have use of the hotel pool and other resort amenities. 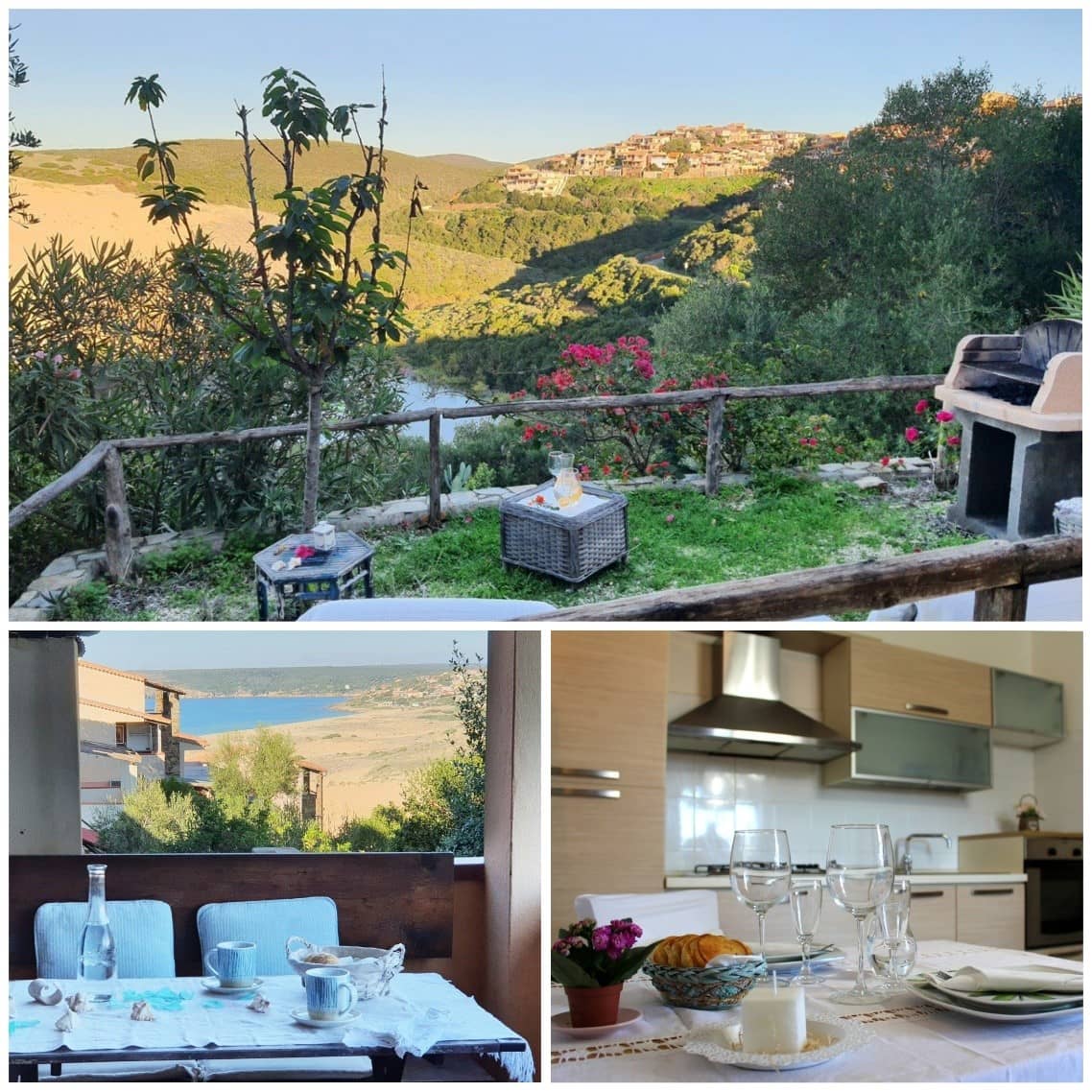 At 9,305 square miles, Sardinia is the second-largest island in the Mediterranean after Sicily, which is also part of Italy.

Like Sicily, Sardinia is in many ways a country within a country, known for distinct traditions, culture, and cuisine, especially in outlying towns and villages that strive to hold on to the old ways. It actually has much in common with Corsica, a French island just 7.5 miles north, although Sardinia is said to be more developed. By comparison, mainland Italy is 120 miles east.

The more than 1,200 miles of coastline alternates between sandy beaches and rocky coves, although there are clear, pristine waters anywhere offshore. The interior is mountainous and mostly dedicated to agriculture.

This two-bedroom home in the south side of the island, in a small village close to the capital of Cagliari, features a sea view, which you can enjoy from the large veranda and garden area. The beach is a 10-minute walk.